On 24 June 2020, at Bastione delle Maddalene, in Verona, the mayor Federico Sboarina and the commissioner for relations with UNESCO Francesca Toffali, presented the results of the first year of research and documentation on the city walls carried out by the Department of Civil Engineering and Architecture of the University of Pavia, and supervised by the DAda-LAB. The project manager, Professor Sandro Parrinello, illustrated the results of the actions and analyzes carried out on city gates to citizens.
The project aims to concretize a process of rediscovery and knowledge of the defensive architectural system in the area and within the contemporary landscape of Verona. The goal is to promote and enhance the UNESCO cultural heritage nationally and internationally through the definition of a technical-scientific path aimed at the knowledge and enhancement of the cultural and monumental heritage of the Walls. Thanks to this it will be possible to consolidate the tourist vocation of the place for the community, which will be able to live, even in virtual form, the space of the walls and its fortresses.

The collaboration between the DAda-LAB and the Municipality of Verona will provide a proposal for the redevelopment of the route of the walls with the design of new visit routes and a continuous set up of information panels along the 11 kilometers of the perimeter wall.
For the occasion, the laboratory researchers put in place a practical demonstration of digital technologies, illustrating the documentation procedures and the equipment used: laser scanner, mobile laser and drone photogrammetry.

During the event there was also the inauguration of the exhibition Le Porte di Verona, in an outdoor setting for a preview of the contents. The event, which is part of the UNESCO’s 20th anniversary planning agenda in Verona (2000-2020), was scheduled for last February and canceled to the health emergency. 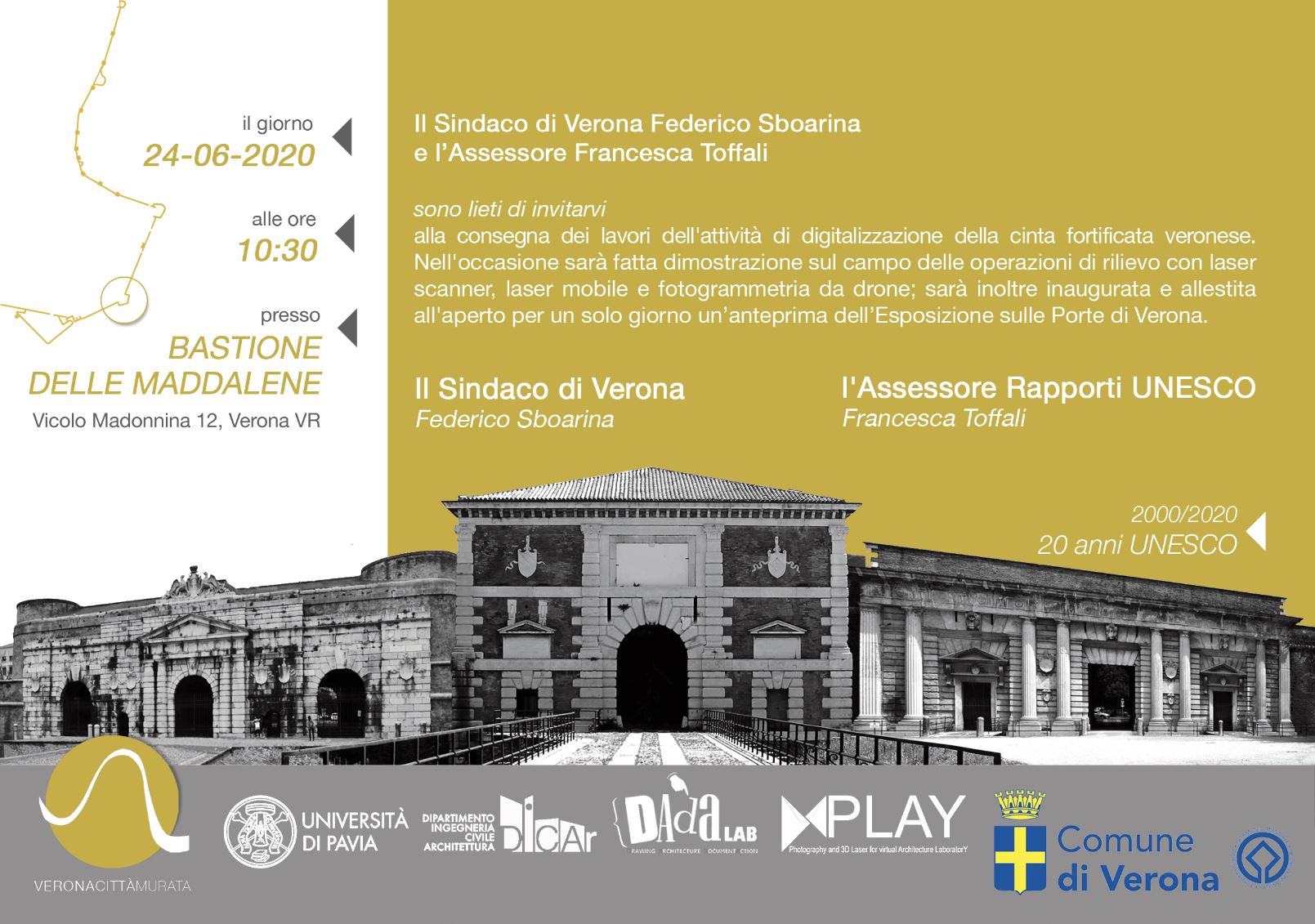