The Conference Day “Fortified Cities of the Serenissima in the State of Mar” will be held in the city of Verona on November 21st 2019, where research experiences conducted by professors and researchers from a group of international universities will be presented. The event, promoted by University of Pavia, is one of the actions planned in the homonymous research project for the documentation of Venetian fortified systems in the Mediterranean basin, co-financed by Veneto Region.
The project, coordinated by DAda Lab and PLAY laboratories of University of Pavia, has guided the research groups of University of Verona, University of Bergamo, University of Florence, University of Montenegro, Institute of Art History and CNR – National Research Council in the documentation of the fortified route in the eastern Mediterranean.
The activities have finalized the integration of digital documentation campaigns for the structuring of an action of architectural and landscape wide-spread knowledge on territory regarding the coastal fortifications built by Serenissima Republic of Venice between Dalmatia and Montenegro. The event, co-financed by the Veneto Region, is part of the program of knowledge and cultural enhancement of the Venetian fortified systems already started in collaboration with the Municipality of Verona through VERONACITTÀMURATA project, dedicated to the digitalization of the historical fortified walls of the city of Verona, UNESCO site, for the preservation of the route of walls and monumental urban gates.
The Conference Day will be held from 9.30 am in Verona at Bastione delle Maddalene, Vicolo Madonnina.
At the conclusion of the event, scheduled for 5.00 pm, the inauguration of the exhibition “Venetian fortifications in the eastern Mediterranean basin. Knowledge procedures and digital documentation of Fortified Historic Heritage. DALMATIA AND MONTENEGRO” will be held at Porta Vescovo, Vicolo Porta Vescovo, where graphic products and multimedia contents of the research results will be exhibited.
The event is sponsored by the Veneto Region, Municipality of Verona, Order of Architects, Planners, Landscapers, Conservatories of the Province of Verona and the Association Italian Heritage World Heritage. 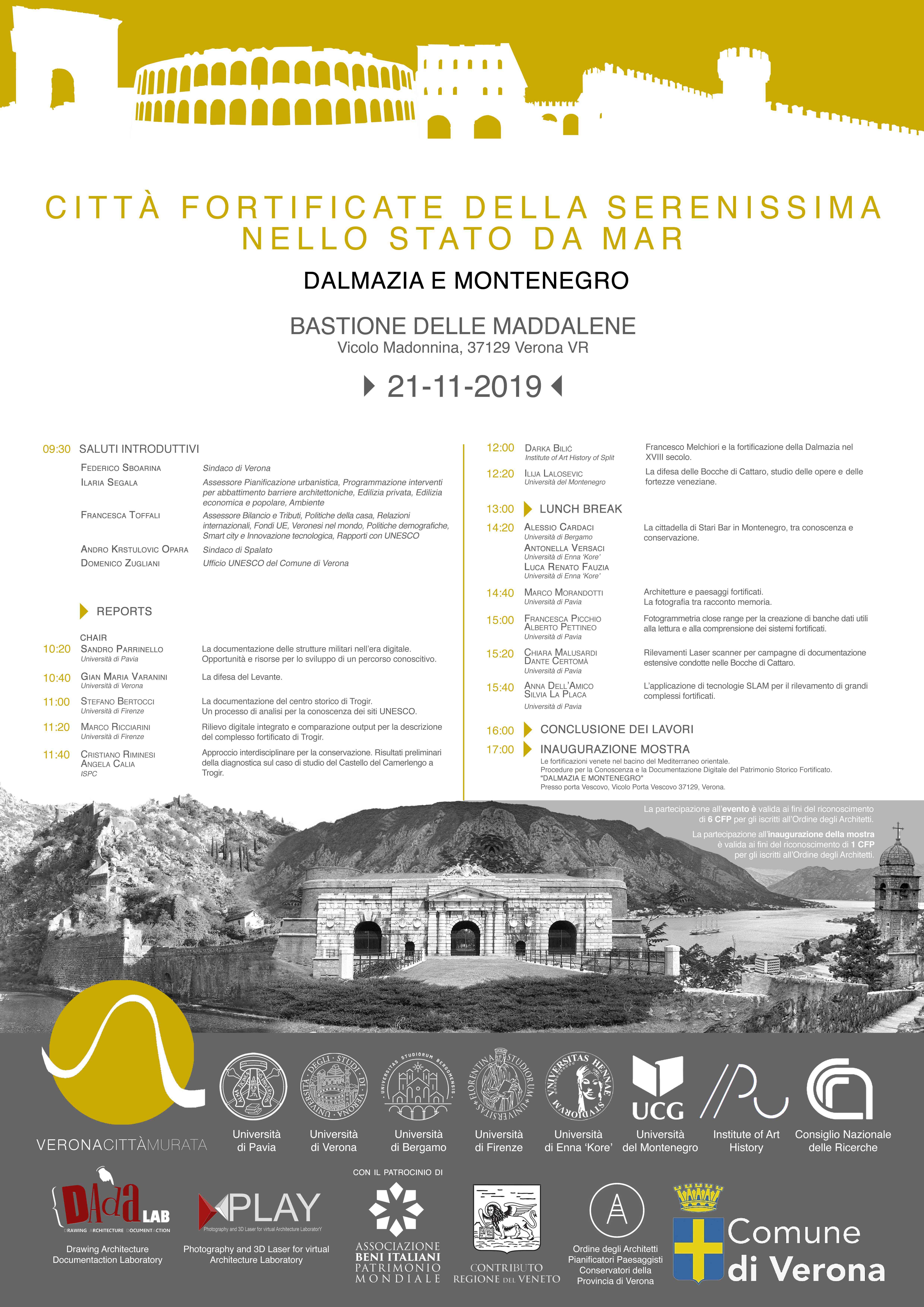