The 5th International Conference “Architettura Eremitica: Design Systems and Cultural Landscapes”, organized by University of Pavia and University of Florence, will be held from 30th September to 1st October 2021.
The 5th edition of the International Conference follows the meetings that took place in Monte Senario (FI), in 2010, in Vallombrosa (FI), in 2011, in Camaldoli (AR), in 2012, and in La Verna (AR), in 2013. This meeting constitutes a further moment of cultural exchange, after a few years, between scholars from various European and non-European countries to discuss this issue.
The theme of hermit architecture, which is of extraordinary interest to scholars not only of architecture, has accompanied the development of Western culture since the Middle Ages. Between history and religion, this phenomenon has left over time a number of testimonies that have often resulted in architectural interventions of considerable interest. They have in some way influenced and accompanied, as in the case of the territory of Tuscany, both the development of the city and the extra-urban landscape, constituting a particularly important settlement network even for the most remote or peripheral areas.
Monastic architecture, articulated from the early Middle Ages into the two great religious experiences that followed the cenobitic rule on the one hand and the eremitic rule on the other, developed according to its own models, adapted from time to time to individual experiences and characteristics. Hermit places, nevertheless always constituting nuclei of aggregation of values ​​and experiences not only religious, have functioned as real centers of aggregation and cultural production in their respective territories.

The conference will be held in Florence in the dual mode of participation both in presence and remotely at the following link zoom: https://us02web.zoom.us/j/87510950231
The conference can also be followed in streaming on the Youtube channel of DAda-LAB laboratory “Laboratorio Dadalab”.

The venue of the conference will be the church of the former monastery of Santa Verdiana, now belonging to the School of Architecture of University of Florence, in the historic center of the city. 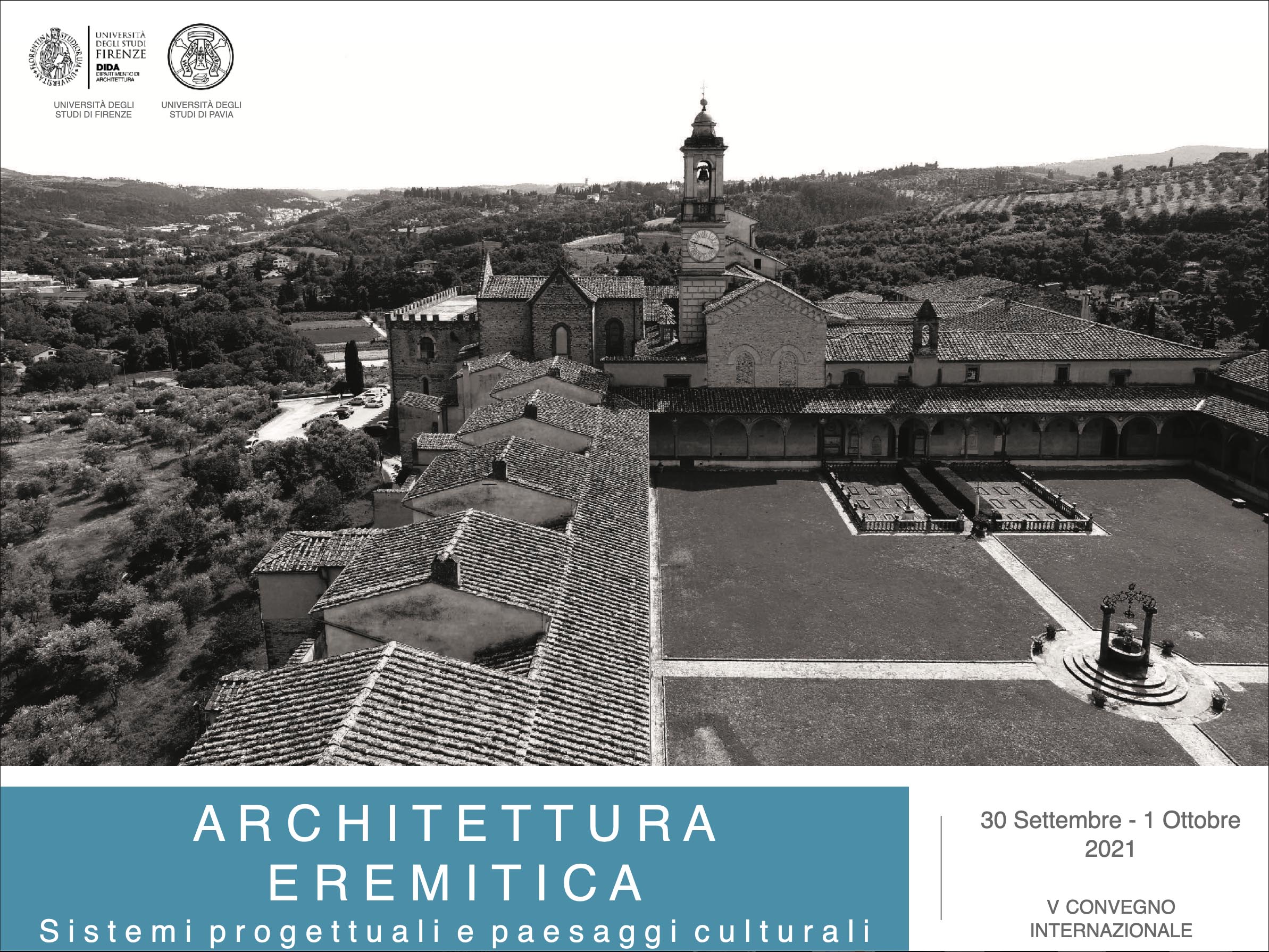