The traditional representative discipline and its expressive aim, the drawing, still retain the characteristics of communicative practice of excellence for the expression of morphological and constructive languages ​​proper to the documentary and design analysis of architectural systems. Nevertheless, there is the presence of direction of evolution, in particular instrumental, and of technological development of digital media and equipment that tend to replace classical instruments of measurement and manual representation. This development is highlighted by two distinct points of view: on the one hand, technological progress replaces instruments of direct survey with a new generation of devices for the digitization of measured data; this is followed by an evolution concerning requested out-put data format. The development of virtual environments has generated a new class of representative works that are more getting free from real space constraints to move towards n-dimensional universes, where heterogeneous information contents are supported by graphic representations as integral parts of documentation and analysis operations contained in a single virtual consultation system.

In this way, the drawing is placed between technique and graphics as a fundamental tool of investigation and representative processing, founding a path of study on representation that evolves through centuries between graphic techniques and methodologies of investigation towards academic, landscape, restoration and conservation goals. Research paths concern the geometric representation of architectural and environmental elements, initially limited to 2D drawings for the production of updated metric document systems.
The digitalization of heritage lends itself to establish paths of graphic representation that through the integration of databases and the development of virtual direction of Image can lead to a constant evolution towards 3D systems for collecting, managing and querying the data. 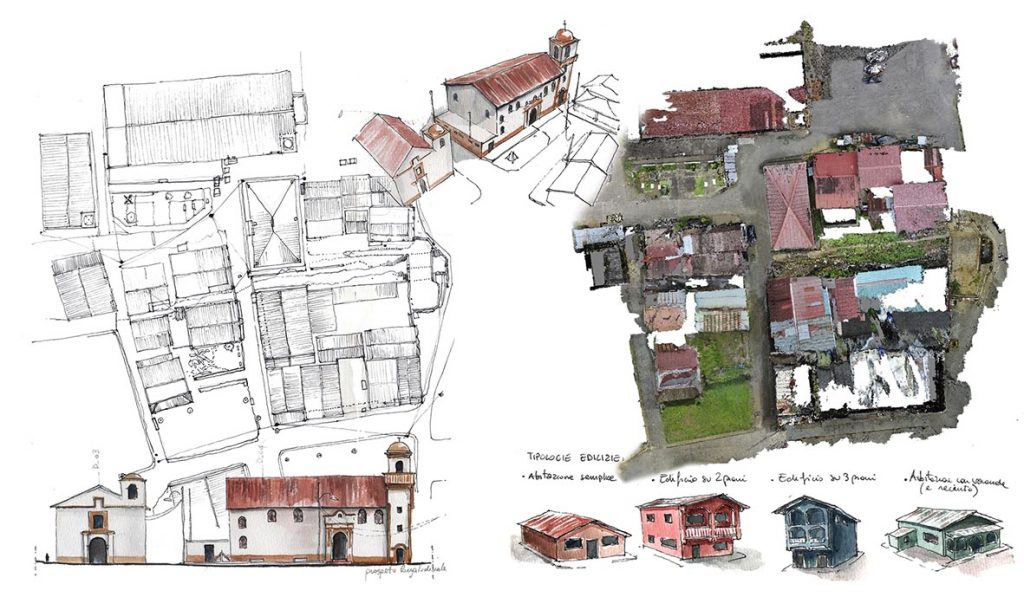